IRIEDAILY is not simply a streetwear brand from Berlin, in fact it is a story about friendship, DIY, responsibility, respect and the challenge to remain true to the DNA “STAY DIFFERENT”.

It was in 1990 when the foundation for IRIEDAILY was actually laid through WARD PRODUCTIONS – a printing company specialized in silkscreen, which was founded by Walter Molt, Achim Probst, Roland Wagner and Daniel Luger – where merchandise for iconic local bands such as Jingo de Lunch, Plan B or Einstürzende Neubauten was produced with great enthusiasm. Four years later though, the production of particular merchandise was stopped in favor of focusing on the idea to create and add their very own flavor to a rising streetwear market. As a result, IRIEDAILY was founded in 1994 by Daniel Luger, Roland Wagner and Walter Molt – with street artist Jaybo Monk joining the team as the art director, whose distinctive style shaped the company’s face for years in significant fashion.

An effective growth always was of major importance to the actual firm owners, which in return ensured IRIEDAILY to overcome the manifold crises within the textile trade during all these years notwithstanding. These days the brand can call a devoted and steadily increasing fan community its own, underlined by the fact that the products – collections for men and women as well as a bunch of accessories, which confidently stand between streetwear, sportswear and street fashion – are now sold in over 400 stores in fifteen different countries.

28 years have passed since the company’s formation, and since then IRIEDAILY’s staff of permanent employees has grown up to an impressive number of over 40, whereof the majority of them are on board since many years already.

To a brand belongs a logo! A logo not only helps to increase the recognition value, but in the best case also reflects the philosophy and principles of the brand. And that’s exactly how it is with the IRIEDAILY Flag Logo!
Our slogan “The word is mightier than the sword” is symbolically represented by a feather that lies over a sword. The logo could not express our philosophy better, because for IRIEDAILY it is clear that the fair and peacefully spoken word should always be preferred as a tool of confrontation and that violence should not stand any chance. Creativity is a great way to fight against injustice and prejudice.

In addition, the logo also combines the IRIEDAILY lettering in the former “no matter” design. On closer inspection you can discover the almost historical glyph logo above the last letter, which has been around since the early days of IRIEDAILY. Do you recognize the initials ID in the glyph logo?

Of course, the founding year of IRIEDAILY should not be missing in the logo – “Est. 1994” the beginning of already 28 years of finest streetwear from Berlin! 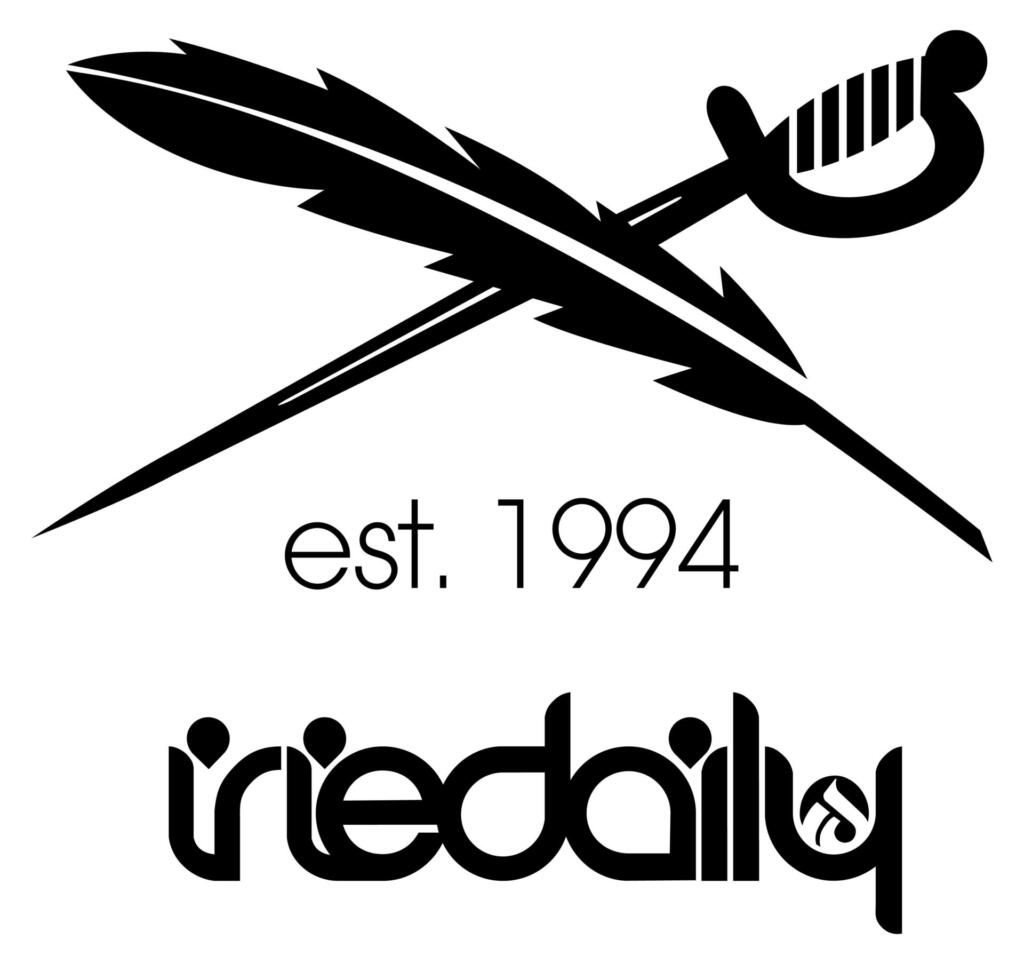 On the occasion of our 25th anniversary we rummaged around a bit in the IRIE archive and found some old artworks and pictures from the catalogues of the early days of IRIEDAILY.

The following cookies may be stored for this purpose:
Google Analytics

The following cookies may be stored for this purpose:
Google Optimize